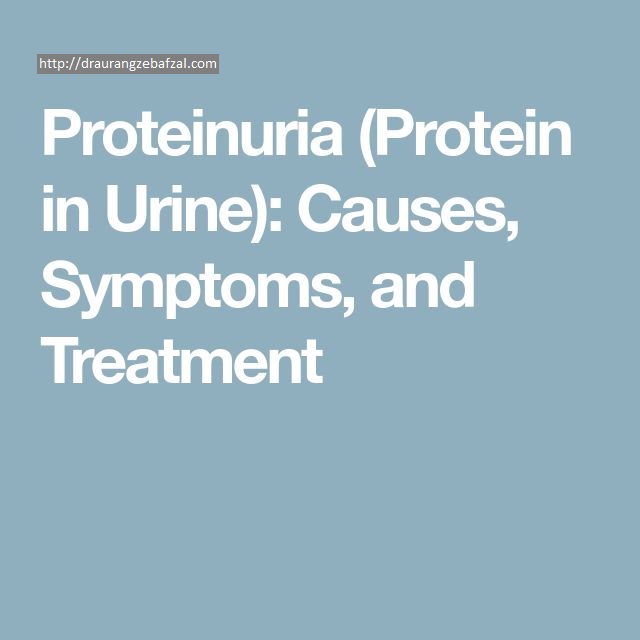 While the kidneys are responsible for getting rid of waste and toxins from the body, they are also responsible for preserving micronutrients such as albumin, glucose and ketone bodies into the blood as well.

The presence of high protein in urine signifies impaired kidney function, which can be due to a variety of primary or secondary kidney diseases.

The presence of excessive protein (>150mg) in the urine over a period of 24 hours is therefore, termed as proteinuria, which might be due to diabetes, hypertension or chronic kidney diseases such as glomerulonephritis, urinary tract infections or kidney stones. Excessive production of proteins in the body such as in conditions like amyloidosis and multiple myeloma can also lead to proteinuria.

In order to know more about protein in urine causes and treatment, read below.

Following is a list of the most important risk factors and causes that can promote impaired function and chronic damage of the kidneys:

Diabetes Mellitus is a chronic, debilitating disease in which there isn’t enough production or utilization of insulin in the body. This leads to raised levels of glucose in the blood which can therefore, lead to various complications in the body such as nephrotoxicity and impaired kidney function.

The kidneys help to regulate blood pressure by causing the conversion of angiotensin 1 to angiotensin 11 and consequent constriction of veins. Hypertension or blood pressures above 130/80 can cause impaired kidney function, therefore, leading to loss or leakage of protein in urine. Hypertension can also lead to various other morbid diseases such as atherosclerosis, myocardial infarction and stroke etc which is why it is necessary to obtain the best treatment for proteinuria.

There are many kinds of kidney diseases such as glomerulonephritis, congenital kidney cysts, UTIs, kidney stones, and toxins that are a host of impaired kidney function and significant proteinuria as well.

Apart from the aforementioned causes, chronic kidney disease is a gradual process that can be aided by age and ethnicity as well. Most patients who opted for a kidney protein loss or kidney leaking protein treatment had at least one of the following risk factors in common.

Kidney protein in urine treatment or proteinuria treatment depends on the mechanism and the measures taken to treat the underlying disease. If significant measures aren’t taken in time to regulate impaired function of kidneys, then the chronic kidney disease can lead to inevitable kidney failure.

Treatment of Proteinuria in Diabetes

For instance, treatment of proteinuria in diabetes can be sought by going to a nephrologist who would tell you how to regulate the altered levels of glucose in the blood. Furthermore, your nephrologist will advise you a proteinuria treatment diet in addition to the treatment for protein in urine diabetes as well.

How a Nephrologist can Help You?

However, if your history and tests aren’t evident of diabetes or hypertension, then you should consult a nephrologist right away before your chronic kidney disease leads to kidney failure and untimely death. The presence of excessive proteinuria (1000mg) in a 24 hour urine analysis of a patient who isn’t suffering from diabetes may require in-depth study, detailed blood analyses and kidney biopsies as well.

Your nephrologist will not only be able to recommend you a protein loss or protein trace in urine treatment but will also offer a plan for high protein in blood treatment. For proteinuria in pregnancy treatment, it is highly advisable to consult a gynecologist along with a nephrologist in order to prevent further complications in pregnancy or subsequent labour and delivery.